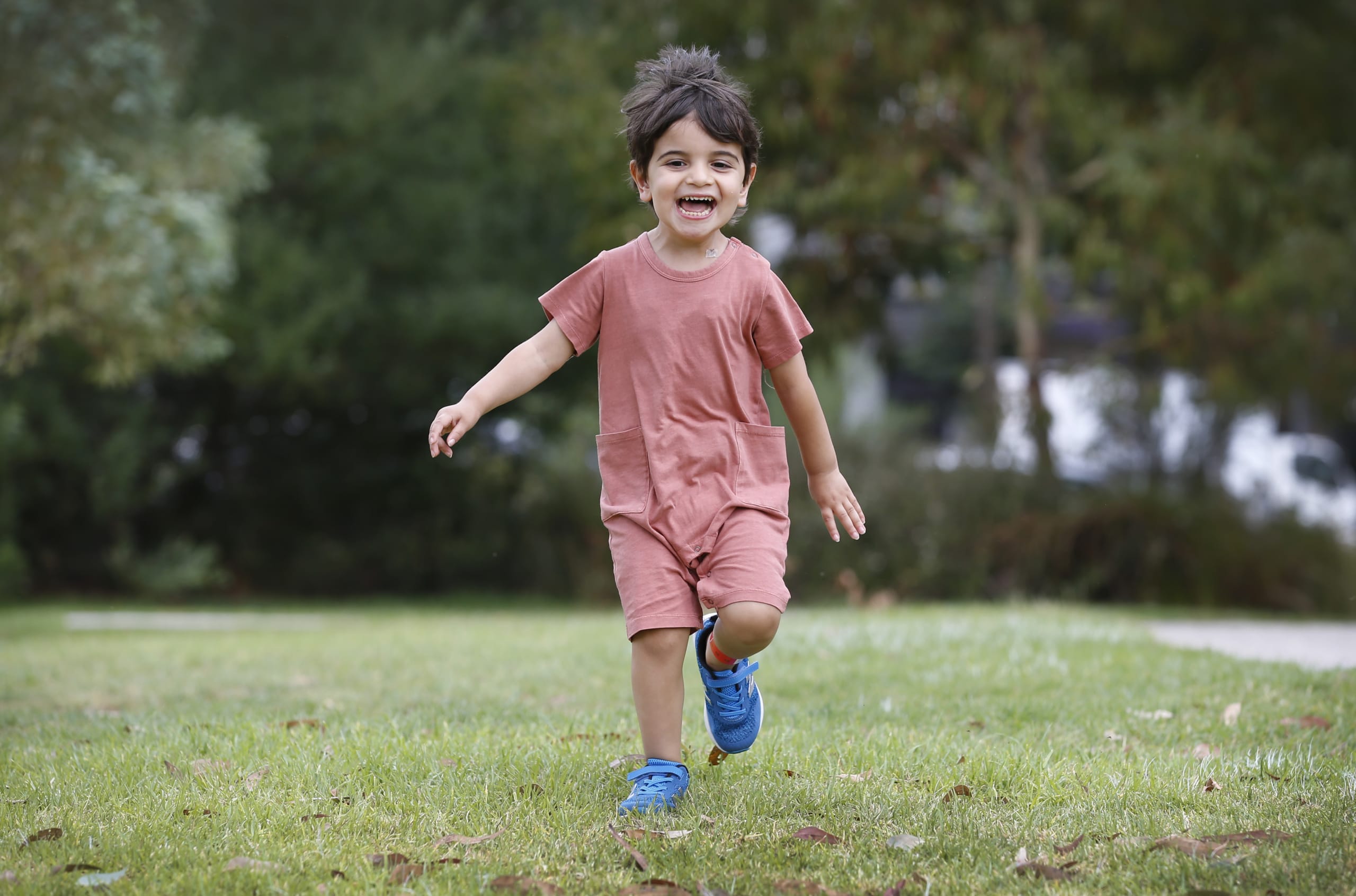 Noah was born with his major organs - heart, liver, stomach, lungs and spleen - all flipped in reverse to their normal positions.

IT has been a back-to-front beginning for Noah Doulkeridis, after his little body was found to be hiding an unconventional secret.

The three-year-old will be a patient at the Royal Children’s Hospital for his entire childhood, where he will attend a clinic — unique in Australia — dedicated to keeping his lungs, ears and nose healthy.

Noah was two days old when he was found to have a rare condition where his major organs — heart, liver, stomach, lungs and spleen — are all reversed from their normal positions.

Rapid breathing and a fever caused an alert nurse to order extra tests.

“We were petrified. We thought, ‘are we going to lose him?’. We didn’t know what it meant,” said mum Christine.

But given all the plumbing connecting Noah’s organs is just as it should be — just the organs are a mirror image — this condition, remarkably, causes Noah no concerns.

What he has daily treatment for is a related illness.

Half of children with situs inversus also have primary ciliary dyskinesia, a rare and lifelong condition affecting the airways. The cilia, the tiny hairs that line the lungs, ears and nose, can’t move to clear out mucus and infections.

Imagine the worst head cold and the sensation of breathing into a pillow, said Philip Robinson, and this is what these children feel like all the time. “They get recurrent ear infections and progressive deafness. Their nose is constantly blocked and running,” Prof. Robinson said. “Day to day therapy is very important for them.”

Prof. Robinson is the director of respiratory and sleep medicine at the RCH and started the PCD clinic eight years ago. It is the only diagnostic clinic for children with this condition in Australia and is able to diagnose the disease early and get kids onto useful treatment.

The average age in Victoria for diagnosis was 12 years before the clinic began. In the UK it is typically picked up when kids are 18 months old.

People in their 50s and 70s have now been diagnosed with the disease for the first time and the clinic picks up five to 10 new cases each year.

“It’s quite an uncommon condition but very difficult to diagnose, partly because it presents with very common symptoms such as a chronic cough and runny nose,” he said. “We’ve been able to reduce the age of diagnosis. Hopefully that means clinicians are more attuned to thinking of it, so they refer for testing and kids get onto their directed therapy earlier.”

For Noah this means daily medications, nasal sprays, lots of exercise and sessions to pat his back and chest, which encourages him to cough.

During this hospital stay for an annual “tune up”, the family has learnt how to make a game of blowing bubbles through a tube and how to use a nebuliser to keep Noah’s lungs healthy.

He was even given a special doll by his play therapist that he could practise using the nebuliser on to help familiarise his new treatments.

“This admission has been really hard. Last year he was 2 and put up with it all, this time he’s independent and has learnt he doesn’t have to do something,” Ms Doulkeridis said. “They’ve been phenomenal giving us lots of gentle approaches to make it fun for him.

“This is something he will experience for life, so I cry every day I’m there at the hospital out of happiness. I’m so glad that we found them.”

Situs inversus is a rare condition where the major organs are on the opposite side of the body, in a mirror image.

Half of children with this also have PCD, primary ciliary dyskinesia, which is a rare and lifelong respiratory condition.

The tiny hairs that line the airways of the nose, lungs and ears can’t move mucus and germs out, causing recurrent infections of the chest and ears.

Your donations to the Good Friday Appeal help fund vital equipment, research, training and care to help kids like Noah. 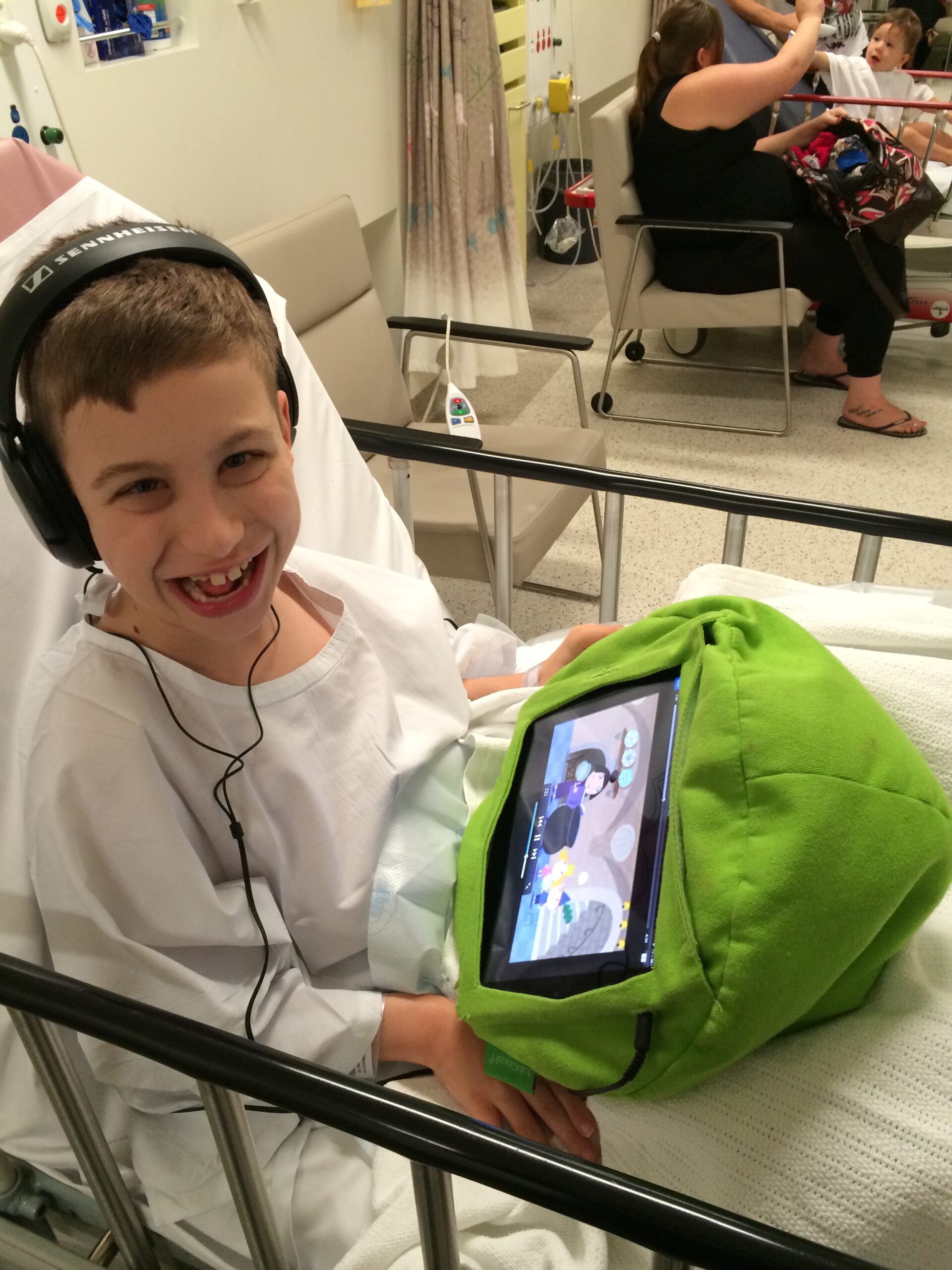 Alexander Gilbert has been a frequent flyer at The Royal Children’s Hospital since he was a baby. 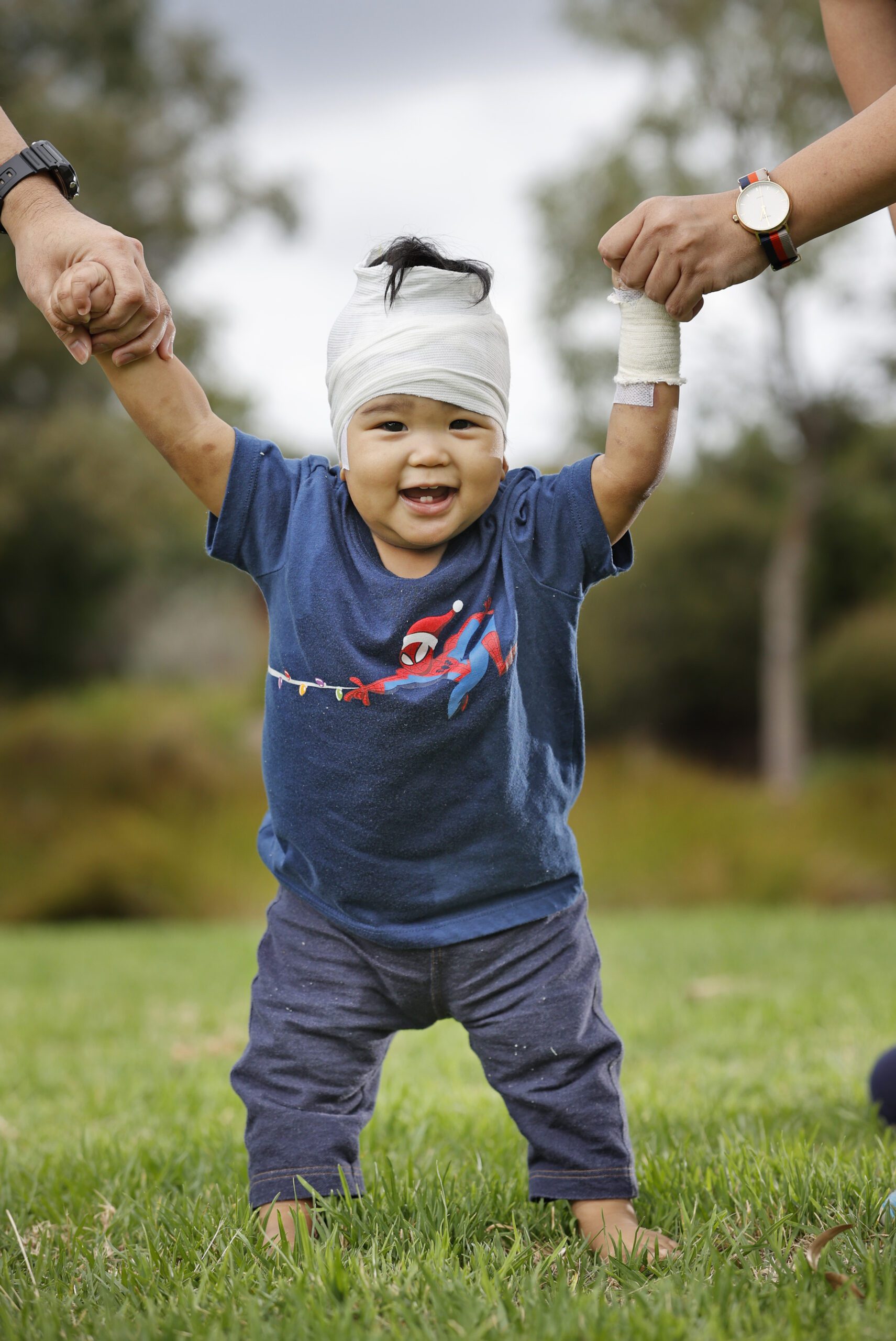 After a hot tea calamity left little Caleb with severe burns on his hands and head, specialist nurses and plastic surgeons have been ensuring he gets the best care. Amelia is spreading awareness about childhood cancer, even as she faces her own leukaemia battle, and its down and up days, with a superhero smile. 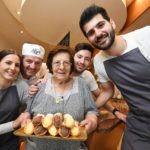 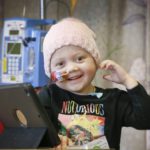 Everything Good Friday Appeal, straight to your inbox. Get more information about your impact and how to get involved.